Everything You Need To Know About Polypropylene (PP) Plastic

What is Polypropylene (PP), and What is it Used For?

Polypropylene (PP) is a thermoplastic “addition polymer” made from the combination of propylene monomers. It is used in a variety of applications to include packaging for consumer products, plastic parts for various industries including the automotive industry, special devices like living hinges, and textiles.

Polypropylene was first polymerized in 1951 by a pair of Phillips petroleum scientists named Paul Hogan and Robert Banks and later by Italian and German scientists Natta and Rehn. It became prominent extremely fast, as commercial production began barely three years after Italian chemist, Professor Giulio Natta, first polymerized it. Natta perfected and synthesized the first polypropylene resin in Spain in 1954, and the ability of polypropylene to crystallize created a lot of excitement. By 1957, its popularity had exploded and widespread commercial production began across Europe. Today it is one of the most commonly produced plastics in the world.

According to some reports, the current global demand for the material generates an annual market of about 45 million metric tons and it is estimated that the demand will rise to approximately 62 million metric tons by 2020. The major end users of polypropylene are the packaging industry, which consumes about 30% of the total, followed by the electrical and equipment manufacturing, which uses about 13% each. Household appliances and automotive industries both consume 10% each and construction materials follows with 5% of the market. Other applications together make up the rest of the global polypropylene consumption.

Polypropylene has a relatively slippery surface which can make it a possible substitute for plastics like Acetal (POM) in low friction applications like gears or for use as a contact point for furniture. Perhaps a negative aspect of this quality is that it can be difficult to bond Polypropylene to other surfaces (i.e. it does not adhere well to certain glues that work fine with other plastics and sometimes has to be welded in the event that forming a joint is required). Although polypropylene is slippery at the molecular level, it does have a relatively high coefficient of friction - which is why acetal, nylon, or PTFE would be used instead. Polypropylene also has a low density relative to other common plastics which translates to weight savings for manufacturers and distributors of injection molded Polypropylene parts. It has exceptional resistance at room temperature to organic solvents like fats but is subject to oxidation at higher temperatures (a potential issue during injection molding).

One of the major benefits of Polypropylene is that it can be manufactured (either through CNC or injection molding, thermoforming, or crimping) into a living hinge. Living hinges are extremely thin pieces of plastic that bend without breaking (even over extreme ranges of motion nearing 360 degrees). They are not particularly useful for structural applications like holding up a heavy door but are exceptionally useful for non load-bearing applications such as the lid on a bottle of ketchup or shampoo. Polypropylene is uniquely adept for living hinges because it does not break when repeatedly bent. One of the other advantages is that polypropylene can be CNC machined to include a living hinge which allows for faster prototype development and is less expensive than other prototyping methods. Creative Mechanisms is unique in our ability to machine living hinges from a single piece of polypropylene

Another advantage of Polypropylene is that it can be easily copolymerized (essentially combined into a composite plastic) with other polymers like polyethylene. Copolymerization changes the material properties significantly, allowing for more robust engineering applications than are possible with pure polypropylene (more of a commodity plastic on its own).

The characteristics mentioned above and below mean that polypropylene is used in a variety of applications: dishwasher safe plates, trays, cups, etc, opaque to-go containers, and many toys.

What are the Characteristics of Polypropylene?

Some of the most significant properties of polypropylene are:

Chemical Resistance: Diluted bases and acids don’t react readily with polypropylene, which makes it a good choice for containers of such liquids, such as cleaning agents, first-aid products, and more.

Elasticity and Toughness: Polypropylene will act with elasticity over a certain range of deflection (like all materials), but it will also experience plastic deformation early on in the deformation process, so it is generally considered a "tough" material. Toughness is an engineering term which is defined as a material's ability to deform (plastically, not elastically) without breaking..

Fatigue Resistance: Polypropylene retains its shape after a lot of torsion, bending, and/or flexing. This property is especially valuable for making living hinges.

Insulation: polypropylene has a very high resistance to electricity and is very useful for electronic components.

What are the Advantages of Polypropylene?

Polypropylene has high flexural strength due to its semi-crystalline nature.

Polypropylene has a relatively slippery surface.

Polypropylene has good chemical resistance over a wide range of bases and acids.

Polypropylene is a good electrical insulator.

What are the Disadvantages of Polypropylene?

Polypropylene has a high thermal expansion coefficient which limits its high temperature applications.

Polypropylene is susceptible to UV degradation.

Polypropylene has poor resistance to chlorinated solvents and aromatics.

Polypropylene is known to be difficult to paint as it has poor bonding properties.

Polypropylene is susceptible to oxidation.

Despite its shortcomings, polypropylene is a great material overall. It has a unique blend of qualities that aren’t found in any other material which makes it an ideal choice for many projects.

What are the properties of Polypropylene? 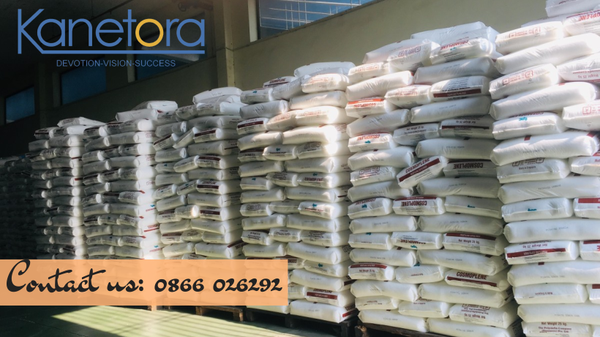